Drive Thru History® "Acts to Revelation"

Drive Thru History® was kind enough to send us their newest  "Acts to Revelation"  to review, and I can't thank them enough! First off, let me say that I always try my best to remain as unbiased as possible with reviews...but...Dave Stotts, a Land Rover, some really cool historical place....and how can you not be biased in favor of that combination?! This set contains 18 30minute episodes, and my family watched them ALL in a weekend! HAHA! My intentions were to watch one, and work some in the study guide (YES! THERE IS A STUDY GUIDE, Y'ALL!) but after the first I heard a little voice say, "Mommy? Can we watch another?" and that proceeded to happen until we had finished ALL of them, THEN we re-watched The Gospels again! Drive Thru History® "Acts to Revelation" is a great set, wonderfully filmed, and highly educational.  Just click play on the video below to watch the trailor!

These episodes begin with Acts (obviously) and progress throughout the New Testament, picking up where The Gospels left off.

Episode 1: The Gospel Shared at Pentecost- This is reintroduction of the Apostles, and goes into details about the Day of Pentecost with 3000 souls heard the Gospel being preached, and were added to the Church. We also learn about "The Way." I'll be honest, I had NEVER heard the term "The Way" before this episode.

Episode 2: The Church Grows in Jerusalem- The Apostles heal and perform miracles. Peter and John are imprisoned after healing a crippled man because they are seen as a threat. The Church continues to grow, drawing the attention of religious leaders who kill by stoning Stephen for his faith. 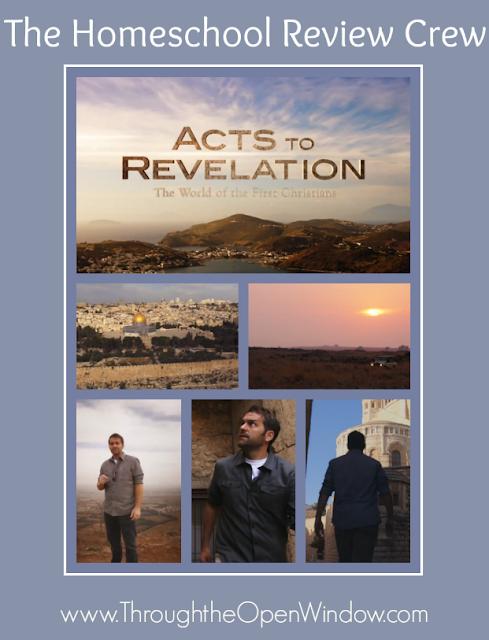 Episode 3: The Gospel Spreads to the Gentiles- Here we travel all over from Jerusalem to Samaria and Judea, and eventually end up in Caesarea where Peter shared the Gospel with a Cornelius. Y'all, Caesarea is absolutely beautiful on the TV, I can't even imagine it in person!

Episode 4: Saul of Tarsus & the Road to Damascus- This episode was the most eye opening for me. We are taught about Saul (Paul) of Tarsus who was in opposition of the Apostles. While on his way to carry out orders against The Way, he was overcome by The Spirit and was a changed man. In this episode, Dave Stotts travels the likely route from Tarsus (present day Turkey) to roughly 30 miles from Syria! In this episode he talks about warnings of then-recent ISIS activity....while he is standing there basically minutes from Syria....filming a movie about Christianity! He then climbs a mountain to a coffee shop (Mocha Latte anyone????) to see Syria from an elevated position. THAT TAKES GUTS PEOPLE! 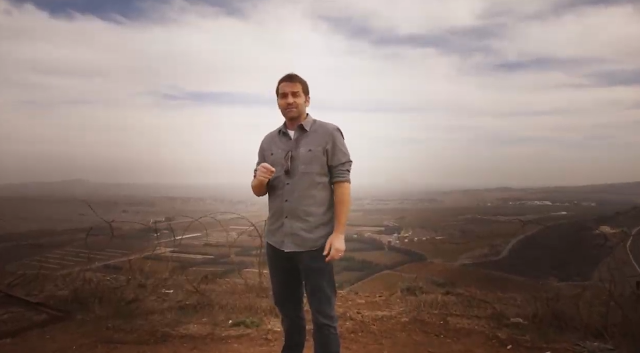 Behind him, in the background is Syria.
Episode 5: Paul's First Missionary Journey: The Island of Cyprus-Again, another eye opening episode. When we go to church, we get dressed up, hop in our cars (or walk if we're close enough) to our churches where we feel safe and secure. This episode shows us St. Peter's Cave, where followers would congregate for church! We end up in Cyprus, and seriously...the beauty. Sigh...

Episode 6: The Journey Continues: Pamphylia, Galatia, and Asia Minor- In this episode, Steve McQueen is traded for a boat ride to the coast of Asia Minor.  Dave visits Perga, Pisidian Antioch, Iconium, Lystra, and Derbe. These are locations were Barnabas and Paul healed the sick and preached the Gospel.

Episode 7: The Jerusalem Council & Paul's Second Missionary Journey- This episode takes us back to Syrian Antioch with Paul and Barnabas. They spent a good bit of time there building the church up, and then traveled to Jerusalem for a meeting of Church leaders. This council decided the Gentiles should abstain from immoral acts, but did not have to follow the Mosaic Law.

Episode 8: The Second Journey Continues: Philippi and Thessalonica- The second journey begins at the end of Episode 7, and this episode picks up with Paul and his team continuing their work though Macedonia (present day Greece.) Sites visited include Philippi and ancient Thessalonica.

Episode 9: A Road Trip to Athens- After escaping violent mobs in Thessalonica, and once more in Berea, Paul trekked ahead to Athens, for his safety. Along a 300 mile trip, Dave visits sites such as Mount Olympus and Thermopylea while making the drive from Berea to Athens. (And seriously, this trip makes me sooo jealous! I want to visit this area SO bad, and seeing it in the episode is amazing!)

Episode 10: Ancient Corinth- The capital city of Achaia Province was Paul's next stopping point. It was an immoral place full of pagan temples and idols. Paul was able to preach in peace here, without threat of arrest. He spent about 18 months here before ending his second journey and returning to Antioch.

Episode 12: Paul's Final Trip to Jerusalem & Caesarea- Paul longed to return to Jerusalem, and it was here that Paul was under house arrest for two years before being sent back to Rome to face the Emperor. Dave travels from Jerusalem to Caesarea to investigate accounts that took place there.

Episode 13: Adventures at Sea: The Island of Malta- Paul's trip to Rome went awry when he became shipwrecked in Malta. Here, he spread the Gospel for the three-months he was ashore. After three months, Julius sent another ship to get him to continue the trip to Italy. 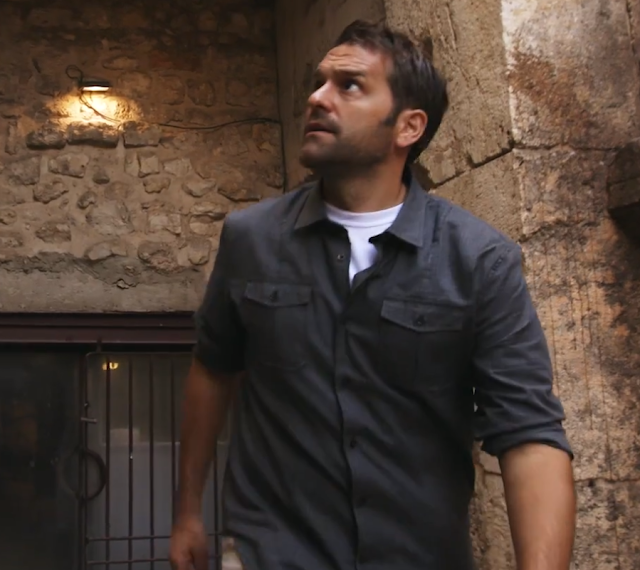 Episode 14: A Final Journey to Rome- Here Dave explores the sites (and food) of Rome, and the areas where Paul continued his ministry even under house arrest. Dave also visits the Trastevere section of Rome, where Paul spent his final years, to explore the area and we learn about Paul being the source of Mark's gospel.
Episode 15: The Martyrdome of Paul & Peter- We get to explore some of the most famous churches in Rome, while also learning about the burning of Rome at the hands of Nero, and the last days of Paul and Peter as they give their lives for the Christian faith.

Episode 16: John and the Island of Patmos- This episode focuses on the Apostle John. Here we see the Cave of the Apocalypse, where tradition says is the site of John's Revelation writings. We also see the Monastery of Saint John the Theologian that houses numerous manuscripts and artifacts. 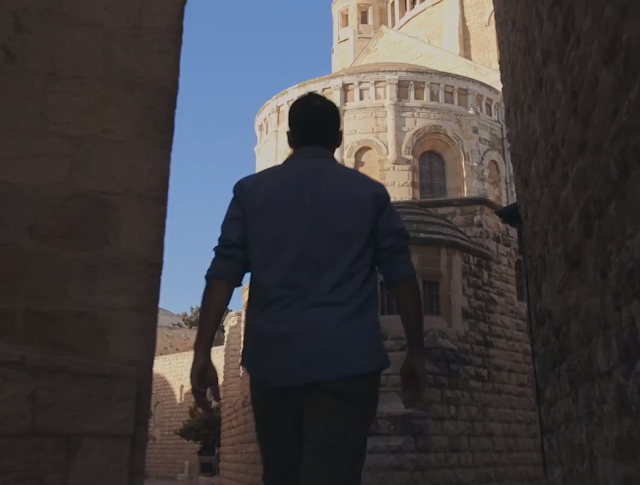 Episode 17: The Seven Churches of Revelation- Traveling back to Asia Minor (present day Turkey) we get to tour the ruins of the seven churches described in the Book of Revelation. Ruins are still remaining.

Episode 18: The Book Closes on the new Testament Period- This is a wrap up episode that talks about the Book of Revelation, and archaeological digs that prove what the Bible says is true. 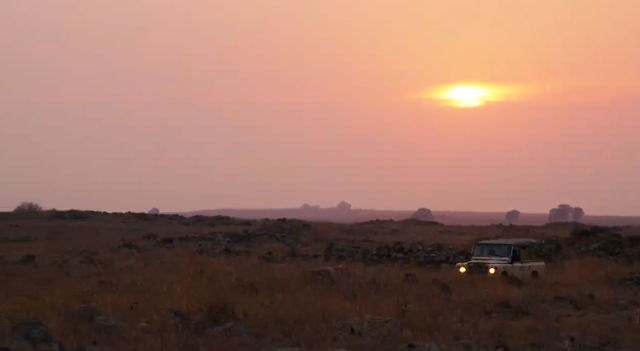 I think my favorite episode is episode 4 only because he's SO close to Syria and has the courage to stand strong in his faith, while filming a documentary about Christianity when it is a very dangerous area to do so. I love the filmography, and the varying angles used in the filming. The chosen locations correlate with the history recorded in the Bible, giving a great visual of what is where, today. It really struck me when he walked into a cave talking about it being a church. Can you imagine having to meet in a cave?! Overall, I can't say enough good things about Drive Through History. It really is fantastic. We watched this together, as a family, and it sparked a lot of questions and discussion. Having the study guide at hand was a tremendous help, and Mr. B really loved looking through all of the included photos.  Another great thing about the study guide is that it is also part of the DVD case. That means I won't lose it! BONUS! Seriously, I highly recommend you checking this one out! It really is, GREAT!


Our family was only one of 80 families chosen to review this amazing DVD set. Please click the banner below so you can read their reviews, too! 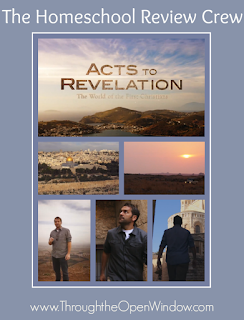