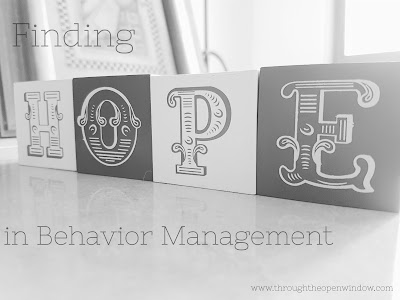 I wanted to get this post up, but to be honest I am still working my way through this particular segment. So this is going to be a multi-part thing.

What is reinforcement? Some may think you are merely rewarding your child for doing what they are supposed to be doing anyway. And, at times, that may actually be the case if the child isn't doing it already. You see, that's the nature of special needs. Sometimes, most of the time, our kids aren't doing what they are supposed to be doing in any. Kids on the spectrum especially! Aspergers kids need a reason for everything they do, and it seems like they need a self benefiting reason a lot of times. If they do not see the benefit of the action, well there's a good chance they aren't going to see the need for doing the action.

There are different kind of reinforcement. Negative Reinforcement is giving a negative consequence for to a behavior. I'll give you an example one therapist wanted me to do once. We were trying to get Mr. B to understand the difference between No and Yes, and use No appropriately. At the time, he NEVER said no. If you said, "Do you want ketchup?" He would just stare blankly at you, until you gave him the ketchup and then he would resort to a screaming fit for an hour. So the idea was to offer something I knew he didn't like or want, like ketchup at the time. If he didn't answer, give it to him. When he would cry say, NO you did not want Ketchup. Rinse and repeat. Giving him what he didn't want was a negative reinforcement. It taught him NO, and to say NO when he did NOT want something. Of course, as a mother, you can imagine the number of times throughout the last 12 years I've regretted that lesson HAHA! But I digress...

Mr. B is so smart, that the last time we tried a full on Positive Reinforcement behavior plan, he tried to outsmart the plan because the psychologist we were working with had me rewarding him for stopping negative behaviors. This led to him doing the negative behaviors to get a reward for stopping. I didn't want to do that again.

So far, we have a few different systems in place, and really we should have 1 cohesive plan. In the bathroom we have his Early Morning Routine (Subscribe and you will be sent a link to access the Free Printable for that) And there is space to the side for stickers or checks. For every 7 checks he gets for each action, he gets $1.00 to add to his savings. Yes, these are actions he should do on his own, for the sake of doing them. But I'm rewarding the action of remembering and taking the time to do them properly at this stage. Eventually he WILL do them just for the sake of doing it.

Doctor's offices offer stickers after visits. The Dentist has cool tooth brushes. A therapy clinic at reward coins, and the kids could drop their wooden coins in the cup to spend. Mr. B. would never save his, and would always opt to "buy" a sucker every visit.

Now I'm trying to come up with a reward system list. A comprehensive plan that will meet our needs, and I'm coming up short as we speak.