March 13, 2017
Every year, the local Parks and Rec. service host a Father/Daughter dance. The idea behind this came from the notion that fathers teach their daughters how a lady is to be treated. Finally, "they" (who are the they's in the world anyway?!) realized the need for a mother/son version of this special day! This past weekend was the very first Mother/Son Prom!

Like the Father/Daughter Valentine Dance, this special prom is a chance for mothers to teach their sons how to respectfully treat a lady. And, it was a total blast! We had sooooo much fun!

We met up with our friends D and J. D and I had decided we wanted as close to the full prom experience as possible, so we decided we'd treat our sons to dinner first. Of course, younger kids like B don't really see the value in a fancy dinner, so we opted for Bob Evan's HAHA!

After that, it was off to the prom!

I did not have my camera with me, so these photos are thanks to D!


The prom was held at a smaller venue out in the country area. The Father/Daughter dance started in this same venue, until it grew so large they had to move to a larger building. I'm pretty sure the organizers did not anticipate such a  large crowd on their first year! There were not enough tables or seats, or parking spots! How wonderful is that?! M said all of the ladies at the office were talking about it, and he was shocked since he had only heard about it from me. That's the power of social media friends! 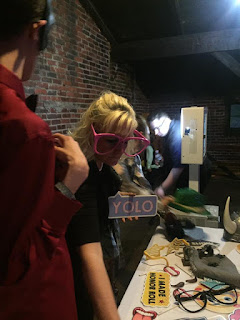 Included in our ticket was a complimentary photo book, with 2 printed photos. They had lots of props, and each person received 3 photos printed on a strip. B and I chose viking hats, signs that said "she's mine" and "he's mine," and just a natural post. 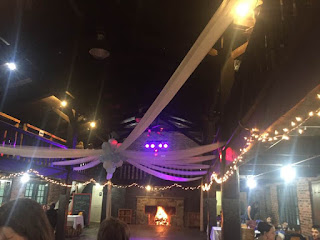 I had done a wedding in this venue before, and I wasn't thrilled with it at that time. But it wasn't decorated like this at all! It was beautiful! The GHPD truly did a wonderful job to make this a magical night! 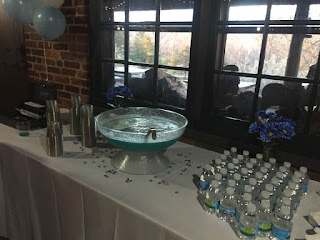 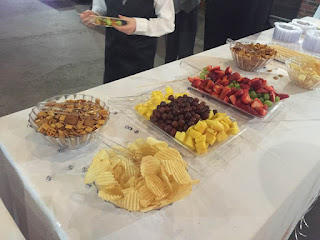 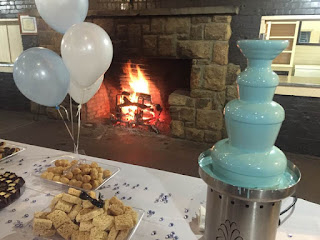 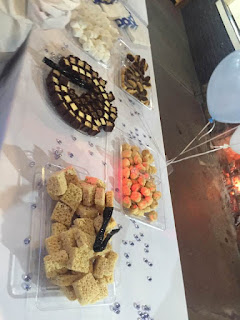 Everything was blue/white themed with blue and white balloons, blue chocolate fountain, and blue punch. All of the refreshments were included. And at the end of the night, each mom received a special rose. I don't think they really thought about the kids wanting the balloons, but most of the boys ended up asking if they could have a balloon, too! 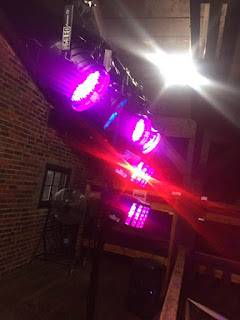 There was even a DJ! And he was fantastic! He really got into it! He danced, he sang, and he worked so hard to make the night awesome! 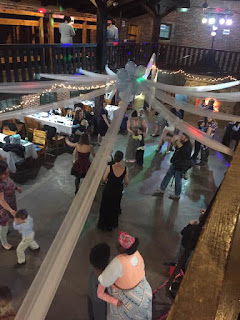 As you can imagine, it was a fantastic evening! Mr. B had a great time, and  so did I. We danced, we laughed, and we had so much fun together. We are already planning for next year's Mother/Son Prom! Thank you to the GHPD for a wonderful night full of memories!