Well folks, the good people of Heirloom Audio Productions have done it again! I am so happy to bring you this review of With Lee In Virginia! With Lee In Virginia is a Christian audio drama that takes place during the Civil War, and is based on the G.A. Henty book of the same title. For this review, we received a physical 2 Disk set, and all of the digital bonuses such as a study guide, G.A. Henty's book complete with color graphics, the soundtrack, posters, and MP3 download.
An audio drama or audio theater production is different from that of an audio book. An audio book is typically one reader, reading a book.  There are usually some sound effects or music, but nothing out of the ordinary. An audio drama is quite different. An audio drama, such as the dramas produced by Heirloom Audio Productions, utilize a wide cast and a multitude of sound effects, much like you would have if you were watching a movie. In stead of being read to, we listen to the dialogue and the ambient sounds of the theatrical drama. With an audio drama, you are drawn into the story with all of the sounds, music, cast members, and dialogue in a way that a simple audio book lacks.


How We Used This:

I downloaded the MP3, and listened to it while working online. The dialogue and sounds are so captivating that Mr. B came over to see what movie I was watching! We also live in state rich with Civil War history, and we decided to use our summer vacation to learn more about our state's heritage and the Civil War. So we listened to the CDs while visiting some of the sites featured in With Lee In Virginia. It was really great to drive around while immersed into the story line of the audio production. We also used the story guide as a means to have family discussions, a lot of times while visiting some of the sites. We would talk about the story's settings, the characters, etc. The "Thinking Further" questions are great to use as short essay questions, or oral narration. The Defining words are great vocab words! And to be honest, the Study guide is flat out pretty! It looks GREAT printed in color!

A Few Photos From Our Civil War Travels

Since this audio drama is With Lee In Virginia, we thought it would be best to see the areas impacted by the civil war with regards to Virginia. Virginia sided with the Confederacy during the Civil war, but the western and northern region wanted to become its own state. It did not have the support of the state legislative body. The farmers and such in the area were not happy with the big money politicians of the east controlling their lives with out the knowledge of what impact it had on them. So when VA sided with the South, it was essentially a non union entity at that point in time, so the western region created a NEW Virginian government, passed a resolution allowing for a separation, and created the new state of West Virginia. Virginia and West Virginia were in a dispute of the legality of WV's statehood for many, many years afterward with some still believing WV is rightfully VA. But WV capitalized on the opportunity to gain the vote of the US congress AND President Lincoln, and a state was born! With that said, WV was home to some key locations during the war...Locations that were hard fought over. Gauley Bridge, for example was a very pivotal place and time in history. These photos take you along part of the Civil War Trail from western WV to Virginia. 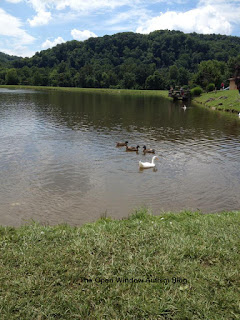 This is now a park, but there was a drawn out battle fought right here, as well as a few miles to the north west (as pictured below with the reenactment photos.) 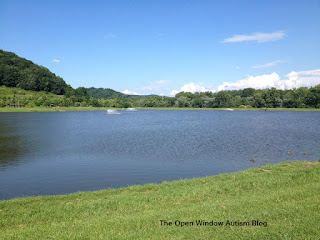 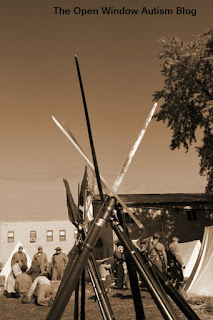 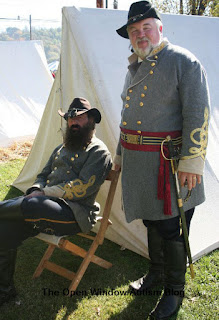 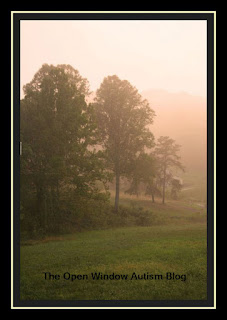 Private land near the battlefield. I've heard of the pink mist that covered Gettysburg, and this reminded me of that. 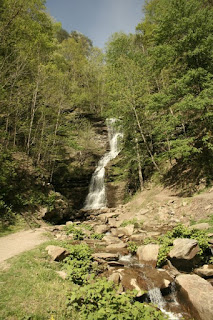 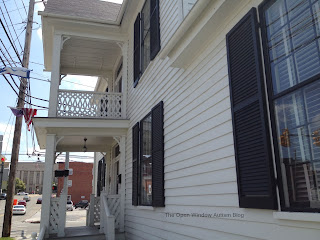 The McNutt House in Princeton, WV was a VERY important structure. The North was moving in, and the Confederates did not want to let them have the city of Princeton to use to their advantage. The South knew they didn't have a chance against the North in the area, so they set fire to the town of Princeton, burning everything. Dr. McNutt made a deal with them, he said in exchange for them leaving his house he would use his home as a hospital for both the North AND the South, thus the ONLY Antebellum structure left standing in the area. I couldn't get a better photo due to traffic on the street. It is a VERY interested home, with a LOT of history. At one point in time, it was used by 2 men who would both become president, and they were both residents here at the same time!! 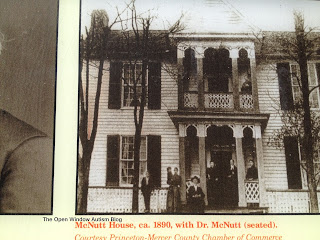 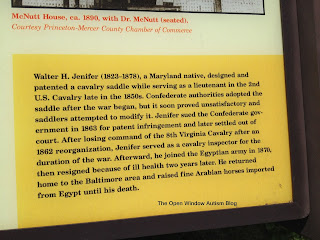 More history on the house. 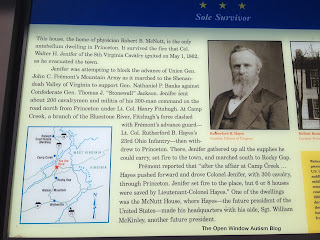 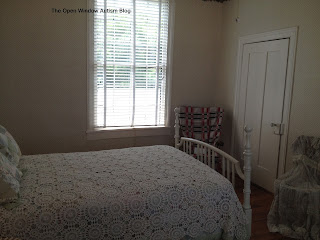 One of the bedrooms where a future President slept. 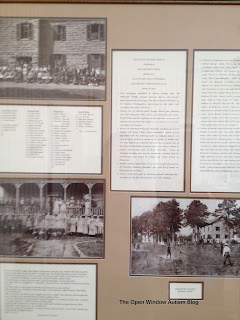 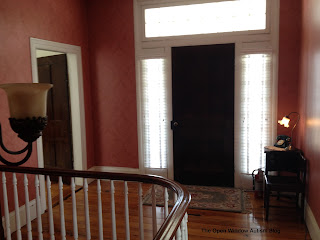 It is said that Hayes and McKinley stood together at this door and looked out over the city from the top balcony. 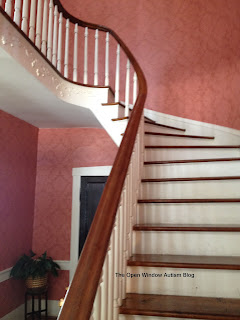 My phone wasn't enough to capture the grand staircase. Beautiful is an understatement. 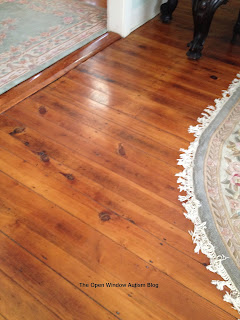 The original floors. One of the rooms had down different flooring because a dentist had made the home his dental office. He used the room as an exam room, and this room had been the operating room during the war. There was a HUGE blood stain in the floor that creeped the dentist, and his patients, for obvious reasons. They covered the floor. But, as chance would have it, there was a need to go under the house. It was there they discovered that the blood stain was so significant it had soaked completely through the floor and was visible on the other side under the house! Think about the amount of blood loss it would have taken for that to have happened. 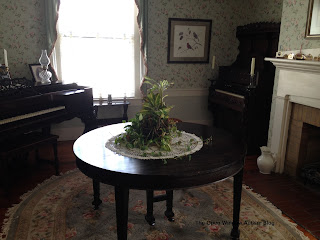 The front parlor. I can imagine McKinley standing at the window looking out, while Hayes stands by the fireplace discussing their next move.

We LOVE Heirloom Audio Productions! Our first experience with them was In Freedom's Cause.   After that one, we were hooked fans! Heirloom Audio Productions captures the essence of the turbulent times of the Civil War. The cast members, including Kirk Cameron and Sean Astin, are so animated and driven you feel like you are riding along with Robert E. Lee, or standing beside Stonewall Jackson. You can feel the tragedy of Gettysburg. The study guide is a pure work of art, and the posters are a great bonus. I LOVE the eBook and soundtrack, also! Overall, Heirloom Audio Productions score another home run with With Lee In Virginia.