Getting a diagnosis Step 1

July 24, 2015
I started this blog as a means to give hope to others who have received a diagnosis of Autism. I wanted to shine a light on our journey, and I wanted to show that no matter how severe the diagnosis is there IS hope. But with that focus, I lost sight of the immediate need parents have when they suspect their child as autism.

I am frequently asked to play with my friends' kids, or others will call me and describe their child to me to see if I feel they need to seek additional help. Often times their pediatricians aren't well versed with autism, or they miss signs. And a few pediatricians in the area will actually call me and have me speak with parents who are in denial or who need motivation and hope.

Autism has an effect on the entire family, but as I hope I showcase, it does not have to be a negative. We have all seen the videos posted about showing parents physically restraining their children who are having fits. Now, I'm not saying that's never necessary. I don't know their situation, I'm not there. I can say that I have personally NEVER had to resort to such tactics, and I do not know anyone who has. Autism is not screaming fits all the time. I really hate that a lot of people have this impression.

If you have any suspicion at all that your child may have autism, the FIRST step is to get an evaluation as soon as possible. Early intervention is KEY! It is the make or break in the world of Autism. I had an intuitive feeling early on with Mr. B. At just days old he would lie in his bassinet and stare for hours at a quilt a family friend had made for him. It was a rather busy pattern in white, black, and red colors. At a couple months old, when he was big enough for his infant swing, he would sit in it and stare at the bar going back and forth. I didn't think it was quite normal, but I figured it was amusing to him. After that, he would stare at ceiling fans. Well, a lot of kids will do that, but he would cry when it was turned off. Then he would get in the floor, at 5-6 months old, and spin in circles so hard and so fast that he would make a full rotation and his little knees would never even touch the floor. Looking back, I also realize he never used an open palm when crawling. He used a balled up fist. He would shake his head so hard and so violently I feared shaken baby syndrome. He had a Little Tykes play garden, and he would open and close the gate door on it over and over....and over....and over for hours. He'd do the same to cabinet doors. He never played with toys. he would pace back and forth with his head down staring at the pattern on my mom's couch.

It was little "off" things like that, in addition to his lack of communication, that finally prompted me to talk to his pediatrician. At the time, I had chosen a pediatrician who was in a group with 2 others. She was nice enough, but wasn't very proactive in my opinion. She dismissed all of my concerns claiming my son was a preemie and he had until he was 24 months to catch up with his peers. At 13 months my son wasn't speaking, he wasn't pointing, he had no shared or joint attention, he couldn't follow one-step commands much less multi-step commands, he just paced back and forth or opened and closed things. Sure he was a preemie, but only 5 weeks early. After talking to some friends, one in particular sent me an email saying she hoped she wasn't overstepping her boundaries but that she felt my son may have autism. Her eldest son has autism, and she saw several similarities. She lives across the country, but gave me more help than my son's pediatrician here! She got me the contact number for the local Early Intervention program and with in a month I had set up an evaluation in my home for him to be checked out. At the end of that evaluation it was determined he needed speech, occupational, and nutritional therapies. It was still unknown at that point if he was autistic, since this was just to determine delays he had. But this first evaluation was Step one in our journey into getting a diagnosis. 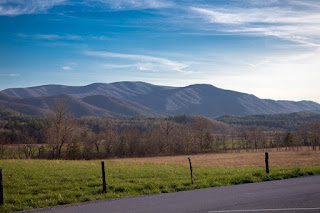