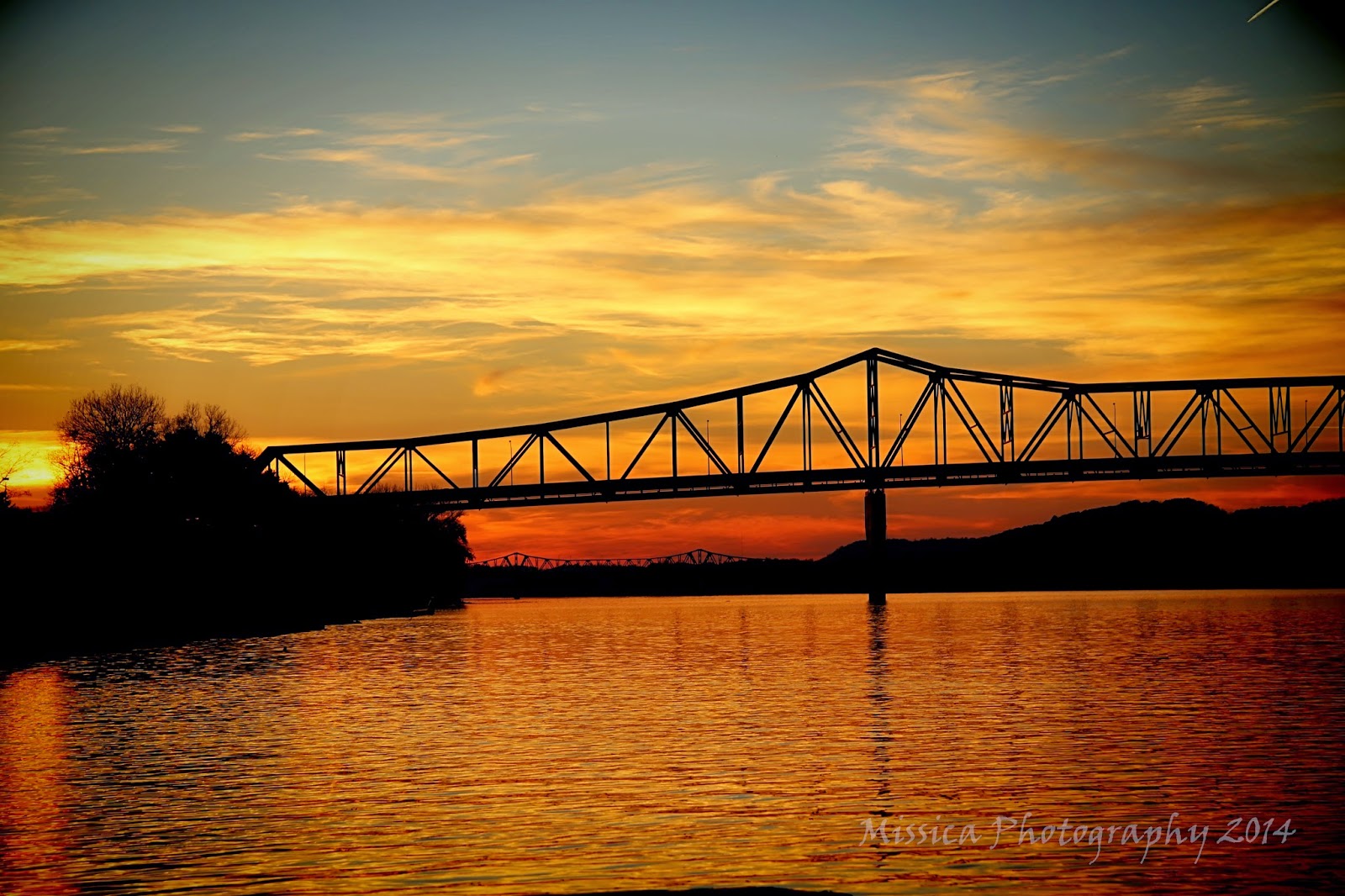 I love sunset. I can sit for ever and look out at the beautiful colors of a West Virginian sunset. The mountains, trees, rivers...all of it combine to create a serene seen that is too beautiful for words. I guess that's why I choose to photograph it so often.

My son also loves sunsets. He will run to the window with my phone and take several photos each evening of the changing red and purple sky. I think that is why this particular sunset shown above captured my attention so strongly. We normally have reds and purples blending together, but this evening everything lined up so perfectly to give off this warm orange sunset. It truly looked as if the river was liquid fire or liquid gold flowing calming around me.

If you look closely you will see two bridges. One is on 6th street and the other is on 17th street. Both are silhouetted in this photo, showcasing two of the major "landmarks" of this area. There was really not severe NEED for two bridges so closely together, and there is actually a 3rd bridge not too far away. Robert C. Byrd lobbied (more or less) to have both of these bridges put in. One was torn down a number of years ago, and there was talk of not replacing it due to the costs. The replacement is named the Robert. C. Byrd bridge in honor of the man who secured the funding. Robert C. Byrd held the the record for the longest serving senator in the U.S until 2013, and he still holds the record for the longest serving member of Congress to hold a position in both houses. He also performed Bluegrass music, recording an album and performing at the Grand Ole Opry!

Maybe that's why I love sunsets so much. They give me time to think. Even pulling up this photo I took a couple weeks ago led me to nearly an hour's worth of research on the topic of Robert C. Byrd where I learned a great deal I had never known before now!